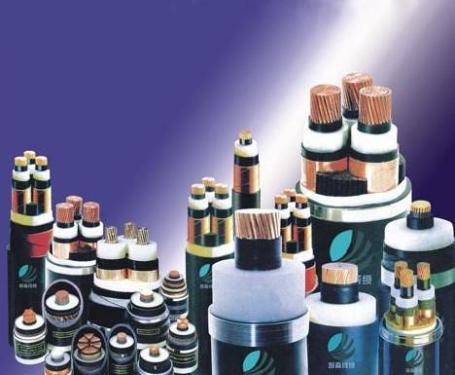 Take Wuxi City where we are located as an example. Since May 2004, the Wuxi Planning Bureau commissioned the Japanese Central Reconstruction Engineering Consulting Co., Ltd. to compile and complete the â€œWuxi Rail Transit Network Planning and Designâ€, and Wuxiâ€™s rail network has already been very Clearly, including 6 lines, the total length of 247km, 117 stations.

In June 2006, the Wuxi Municipal Planning Bureau and the Wuxi Rail Transit Planning and Construction Leading Group Office adjusted the Wuxi rail transit line and changed the original six lines to five, with a total length of 157.77km and 111 stations.

From the perspective of the whole country, we have found that from 2010 to the present, Chinaâ€™s railway infrastructure investment has maintained a high level of over 700 billion yuan, and the construction of electrified railways has gradually reached a peak. Traction electrical equipment is one of the major equipment for electrified railways. The volume has greatly increased, and the market for rail transit cables, especially the locomotive cables, telecommunications and signal cables, has expanded significantly.

This year, the Ministry of Railways plans to invest 800 billion yuan to complete the railway infrastructure, and our countryâ€™s railway mileage will also increase by 10,000 kilometers. According to the standard calculation method, general traction power supply accounts for 7%-10% of the total cost of rail transit projects, and 800 billion investment will achieve a market of traction of 80 billion yuan. This shows that China's wire and cable industry will usher in warm spring in 2013. The market demand is objective, but how to get a share of the rail transit construction depends on the strength of the wire and cable manufacturers. Obviously, with the countryâ€™s increasing investment in rail transit construction, it not only brings a market to the wire and cable industry, but also places higher demands on wire and cable companies. How to meet the special requirements of rail transit for locomotive cables, communication and signal cables, special cable for tunnels, leakage and radio frequency cables, and power cables and lighting cables is the key to obtaining orders for wire and cable manufacturers.

For example, in view of the objective conditions such as hot and humid climate in the south and multiple ants, TETRA digital trunking system will inevitably be affected to a great extent as a locomotive wireless dispatching system. In order to solve this problem reasonably and effectively, repeaters must be introduced in the system. Rail transit is usually powered by strong power (DC750, DC1500, AC27500, or AC25000). Therefore, it is necessary to consider the interference of strong currents on leaky cables and use the leaky cables to solve the TETRA digital trunking system coverage in tunnels. For this reason, the market for such leakage cables is very broad.

However, the requirements for shipboard cables and rail transit cables are similarly strict. Due to the particularity of the environment in which the ships are located, the cables used in ships are basically halogen-free and low-smoke type special cables, which must at least meet fire prevention, waterproof, pressure resistance, and non-toxicity. Claim. By then, vertical water-sealed cables and umbilical cables will have a great deal of experience. The special wires and cables such as low-smoke cables and cords, marine power cables, and shipboard communication signal cables will also be reborn. In addition, special cables for military vessels and underwater vehicles, including torpedoes, decoy reconnaissance devices, etc., will welcome new students.

The FirstPower gel battery uses the sealed gel technology and is designed for high reliable, maintenance-free power for renewable energy applications. Depending on the advantage gel technology, optimum grid and plate design, the FirstPower gel battery offers highest power and reliability for your equipments.Gelled electrolyte, no flow, no leakage or no gradation of sulfuric acid.
The positive plate is tubular plate, which can effectively prevent the active materials from falling off.PVC-SiO2 separator, which is special for gel battery with tiny holes.
The separator has high volume porosity, low electrical resistance and excellent wettability
Maintenance-free during the whole service life.
Low self discharge rate
Proof against deep discharge according to DIN 43539 T5