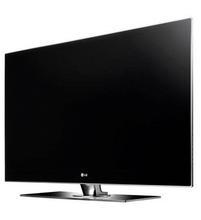 Recently, Samsung has said that it plans to discontinue production of LCD TVs with CCFL (cold-cathode fluorescent tube) backlighting, and has turned to LED backlighting products.

Taiwan's LED packaging company Dongbei Optoelectronics has already obtained orders from South Korean companies and the company is expected to benefit from this trend. Wu Qinghui, chairman of Dongbei Optoelectronics, said that large-size LCD TVs will become a trend and 70-inch products will soon be introduced.

It has been reported that Dongbei Optoelectronics has obtained orders for backlight modules from first-line brands such as Samsung and Sharp. The company is currently one of the component suppliers for Sharp's 70-inch LED TVs. Wu Qinghui believes that revenue from the backlight module business will increase significantly after the Lunar New Year.

Market watchers believe that the penetration rate of LED-backlit LCD TVs will reach 90% in 2013, of which direct-type LED backlight products will probably account for 50%.