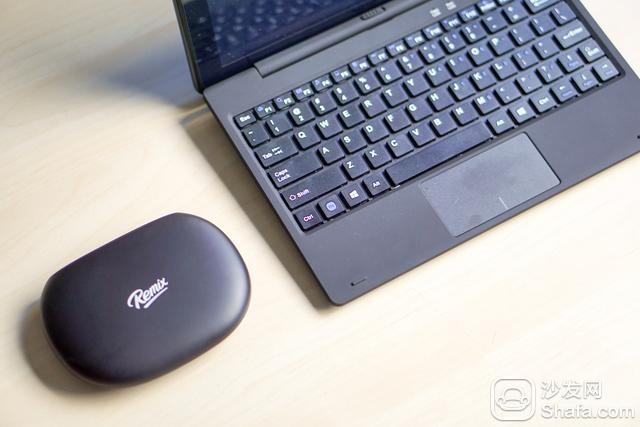 With the continuous development of smart mobile terminals, the advantages of traditional PCs are constantly being eroded, and the portability of mobile phones and tablets is not comparable to that of ordinary PCs. However, whether it is an Android system or an IOS system to truly replace the PC, it should be said that there are still a lot of limitations, which also gives the PC industry a chance to survive. In this case, startup TechTech released Remix OS, a highly desktop Android customization system, and achieved good results on the Kickstarter crowdfunding platform. Now, its first hardware, Remix Mini, is also starting to sell, and the price of RMB 399 is very close to the people. So, does it have access to a PC? Where does it have advantages over the PC?

The appearance of the Android TV box 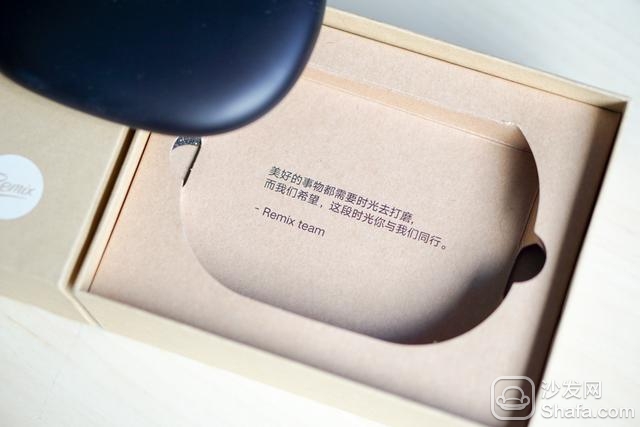 The biggest feature of the Remix Mini is its Remix OS operating system, which is a highly desktop Android customization system. As the world's first Android computer, Remix Mini can support taskbars, multi-window and multi-task interfaces like traditional PCs, and supports more functions such as keyboard and mouse operations. 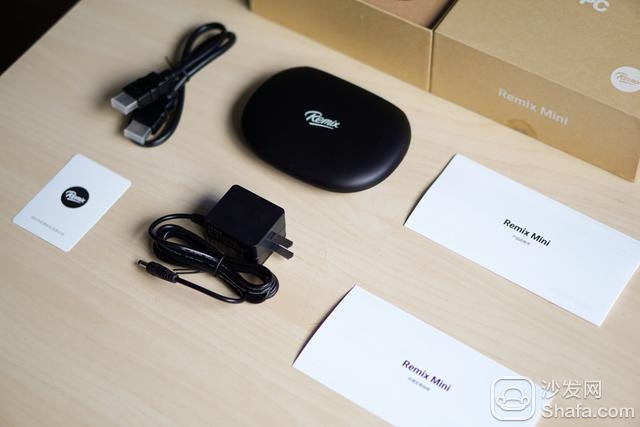 In terms of packaging style, Remix Mini is very similar to other Android TV boxes. If not for lack of a remote controller, many people even mistakenly believe that this is a TV box. Remix Mini's accessories are very simple, a power adapter, an HDMI cable, and a host. Like a box, it also requires a display or television, a projection display carrier. The HDMI cable is too short. If you need to connect a TV, you need to provide a suitable length. 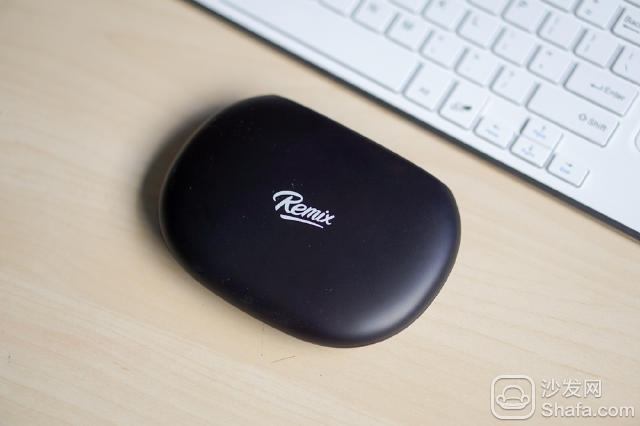 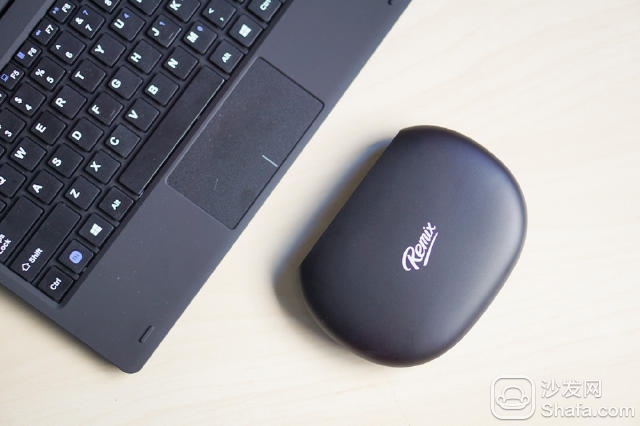 The body of Remix Mini is very sleek, 12.4cm long, 8.8cm wide, 2.6cm thick, about the size of the palms of both hands, and the black material has a matte texture. In addition, the Remix Mini switch is touch-sensitive, and touching the white logo â€œRemixâ€ with your finger will turn on the system. 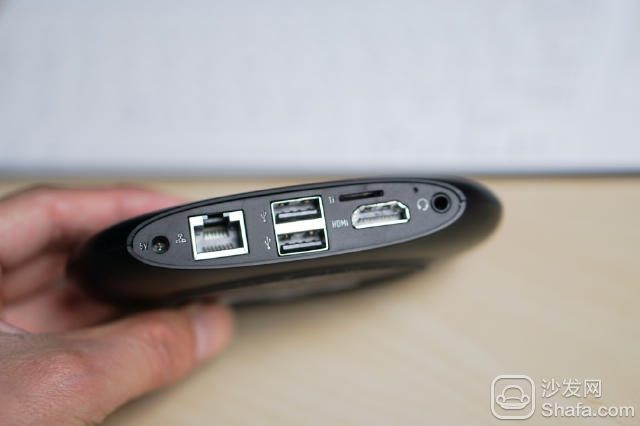 As for the interface, as an Android PC host, Remix Mini is more plentiful than the regular Android box, especially supporting two standard USB interfaces, making it more flexible and convenient in practical applications. However, limited to the thickness of the fuselage, the two USB distances are too close to each other, and the actual use will affect the other USB port. Therefore, it is best to use the Remix Mini with a Bluetooth keyboard and mouse cover. Do not allow the mouse and keyboard to occupy the interface unnecessarily. . In addition, the body also comes with a Micro SD card slot, a standard 3.5mm headphone jack, an HDMI interface and an Ethernet interface. 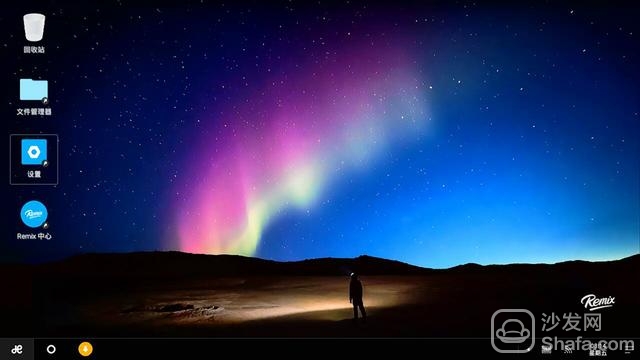 On the system side, Remix OS has undergone a substantial desktop reconstruction. The entire interface is similar to the Windows desktop. Recycle Bin, file management, settings, Remix Center, and other icons are similar to Windows shortcut keys integrated on the desktop, and the bottom status bar is also highly Windows-based. It is hard to think of this as a system based on Android customization. 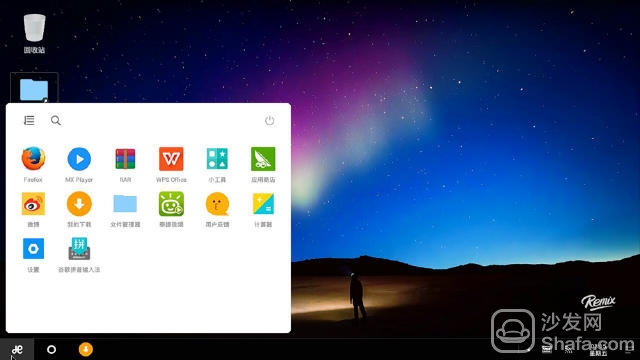 Not only does the appearance change, Remix Mini fully supports mouse and keyboard operations, but also in-depth optimizations on keyboard keys, such as the Windows-specific menu keys on the keyboard, which also apply here. The open "Start Menu" allows you to view the various applications installed on the machine and supports dragging application shortcuts directly onto the system desktop. The small dot on the side of the "Start Menu" key is actually a Home key, and one key returns to the main interface, similar to the "Display Desktop" in the Windows system. 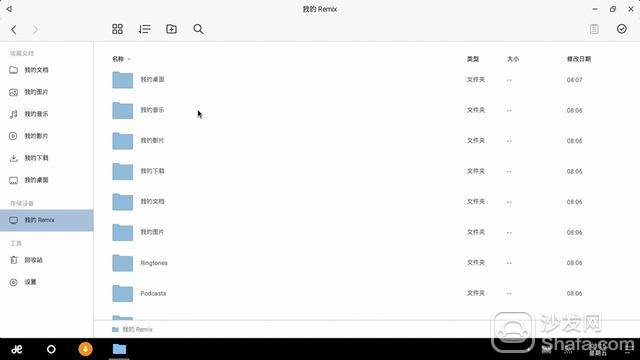 File management is somewhat similar to the "My Computer" in Windows. The pictures and files inside can be copied and pasted by right-clicking the mouse. However, on the arrangement of the entire interface file, traces of some Android systems can be seen vaguely. 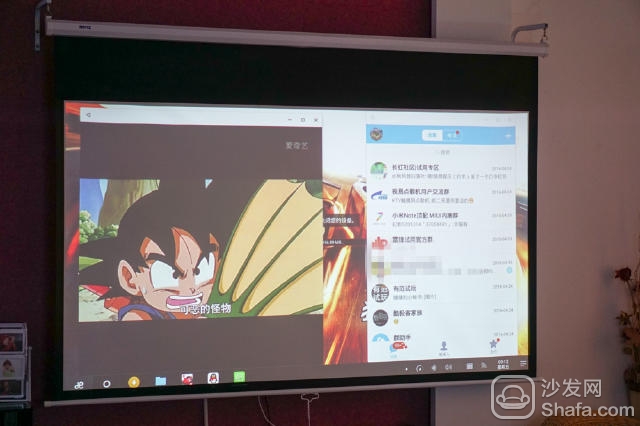 The biggest drawbacks of Android and IOS systems are probably multi-tasking. Although the two systems have gone through a lot of efforts for many years, they still cannot compare with traditional Windows in multitasking. With Remix OS's deep optimization, each application interface can be mini-windowed. On a desktop, you can simultaneously perform QQ chat, WeChat chat, swipe Weibo, and even open a video entertainment. Remix OS integrates the operating experience of a personal computer while retaining the full Android ecology. Natural, simple and vivid.

Thanks to the superiority of Android's resources, you can always find a favorite one or two in massive video software. At the same time, because it does not belong to the television box category, it has also got rid of the radio and television interference, live broadcast, on-demand broadcast, and even can connect to the global network, "over the wall" content is not to mention.

In addition, Remix Mini supports external devices, U disk plug and play, you can install your own software through the U disk, for example, you can install an Android TV box on the "When the market", through the shell can search the massive On demand, live software. Massive live channels, radio and television digital TV set-top boxes, and broadband TV set-top boxes. Well, you can really retire. At the same time, thanks to the overall optimization of the Android system, the playback video is very smooth. When watching the local video, any drag and drop will not be stuck.

The Remix Mini is equipped with Allwinner's 64-bit 1.2GHz quad-core A53 processor, which has 2GB of system memory and is supplemented by 16GB of storage. Supports devices such as monitors/projectors/TVs with HDMI devices. If it is sometimes said that the screen of the mobile phone game is too small, not enough, and refreshing, then just connect the Remix Mini to the projector, or the TV, so that you can enjoy an absolutely exciting mobile game experience. 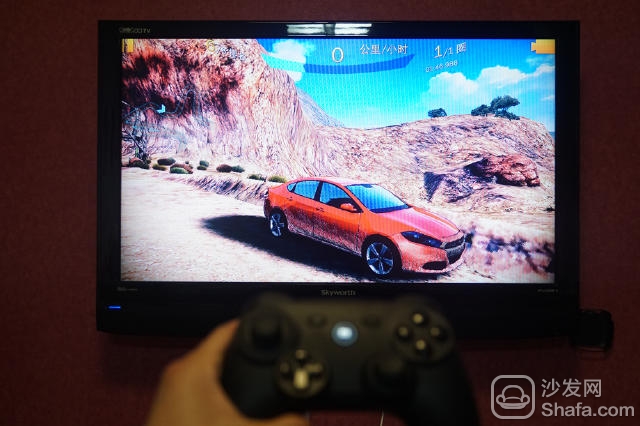 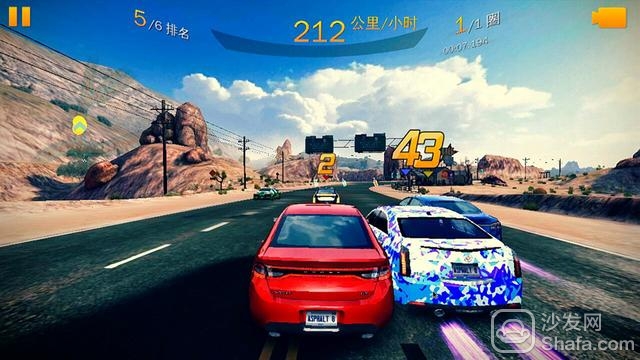 With good hardware configuration and system optimization, Remix Mini can play some small and medium-sized mobile games. Connect the game controller via Bluetooth, try to play a game of wild racing car 8, the entire game process is very smooth, there is basically no dropped frames.

Summary: Remix Mini is the world's first Android system to be used as an Android PC. It borrows heavily from it, copies Windows operating habits, and customizes highly customized desktops. By connecting a peripheral device such as a mouse and keyboard display, users can realize the same light work experience as an ordinary PC. At the same time, it retains the advantages of the Android system's resources, allowing an ordinary TV to become a omnipotent smart TV, and can enjoy a large-screen mobile game experience that the mobile phone tablet cannot achieve. The price of 299/399 makes it highly cost-effective and portable, with multi-window management, which greatly enhances office efficiency and is the best choice for light-weight office users.