Recently, the Polar Code (Polarization Code) scheme promoted by China has been heated by the international wireless standardization organization 3GPP, and the control channel coding scheme of the 5G eMBB (Enhanced Mobile Broadband) scenario has been heated in the industry.

This is the first time that a Chinese company has entered the field of basic communication framework agreements. Compared with the past 2G, 3G, and 4G eras, its greatest significance is to increase the voice of Chinese companies in the global communications field. However, it is obviously exaggerated to say that "the Chinese standard has defeated the US standard and China has won the position of the hegemon of the 5G era." 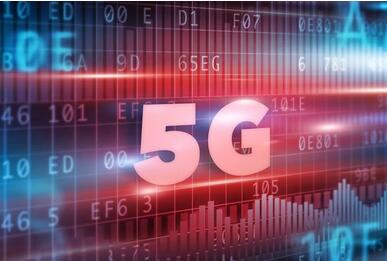 Why does a code cause a sensation in the industry?

As early as last month in Lisbon, Portugal, the LDPC program was identified as a 5G medium long code encoding solution. Since then, the 5G standard has made another breakthrough in key aspects. The Turbo 2.0 code, which once monopolized the 3G and 4G era codes, is likely to quit in the future due to the small number of supporters. As for the difference between the three, here is not to repeat, in direct terms, Polar code performs best in communication technology indicators and scenarios such as rate, delay, throughput, and stability.

Test results show that through the use of Polar code and the dynamic selection of the decoding algorithm, the short-packet (large connection IoT scene) and long package (high-speed moving scene, such as low-traffic requirements such as automatic driving) are stable in the scene. The performance gains increase the spectral efficiency of existing cellular networks by 10% and also combine with millimeter waves to achieve a rate of 27 Gbps.

The measured results prove that the Polar code can meet the requirements of the three major application scenarios of ultra-high-speed, low-latency, large-connected mobile Internet and Internet of Things.

For a time, the saying that "Chinese standards have defeated American standards and China has won the hegemony of the 5G era" has come to the fore, but it is obviously exaggerated.

The senior technical personnel in the industry told Tencent Technology that 3GPP has determined the Polar code as the coding scheme of the 5G eMBB scene control channel, which is only part of the 5G standard. Although the weight is not small, it cannot be called China's 5G technical standard. There are many links. For example, frame structure, waveform and multiple access, etc., can only say that Huawei dominates Polar code and becomes an important role in the 5G standard.

Technology is the primary productive force, and communication technology is relatively complex, but whoever has mastered the standard technology has the right to speak and the commanding height, and naturally benefits a lot. Thirty years ago, Qualcomm used military CDMA technology for civilian communications, and introduced the IS-95 standard, becoming the second-generation mobile communication system that competes with European GSM, which is what we often call the 2G era.

In the 2G era, GSM achieved victory, but Qualcomm's Viterbi decoding algorithm has led the industry to believe that CDMA represents the development direction of wireless communication technology. Therefore, in the 3G era, WCDMA, CDMA2000 and TD-SCDMA all adopt CDMA technology. Today, most of Qualcomm's profits come from patent licenses based on this technology standard.

In the 3G era, although China independently developed TD-SCDMA, it is still technically incomparable. Even in the 4G era, China's TD-LTE has made a certain breakthrough, but its core long code encoding Turbo code and short code tail biting convolutional code are not original Chinese technologies. This led to GMâ€™s infringement of Chinese companiesâ€™ infringement and additional patent fees.

The Polar Code code promoted by Huawei was adopted by 3GPP as the 5GeMBB control channel standard solution, which is an important progress in the research and standardization of 5G mobile communication technology in China. In this way, I understand why a Polar code is causing a sensation in the industry.

From the perspective of national strategy, the Ministry of Industry and Information Technology has revealed in February this year that China and the international are simultaneously launching 5G R&D work, and the first is to establish a collaborative working mechanism. At present, many enterprises, universities and research institutes in China have jointly established the IMT-2020 (5G) promotion group to carry out research work on 5G requirements, technology, spectrum and standards.

However, the comparison will find that the US operators have already started 5G related tests and even entered the 5G trial commercial countdown. Verizon said at the beginning of this year that it will enter the 5G "pre-commercial factor testing" phase before the end of the year and strive to commercialize it in 2017. The code used is Qualcomm-led LDPC solution.

"Qualcomm has always disdained 3GPP, so the participation of 3GPP is also negative. Qualcomm's own 3GPP2 organization was a good example. So deploying 5G ahead and pushing related codes to expand the scale to cause global effects, then 3GPP can't interfere. , its right to speak in 5G can be imagined." The above said.

Therefore, China is actively carrying out 5G research and development. There are many enterprises and universities that have invested a lot of resources to carry out R&D in all areas of 5G, and to some extent, do not rule out strategic checks and balances.

According to the overall deployment, China's 5G basic R&D test will be conducted in 2016-2018, which is divided into three stages: 5G key technology test, 5G technical solution verification and 5G system verification. China is expected to launch 5G commercial use in 2020. Ericsson, Nokia, Huawei, ZTE, Samsung and other companies have developed concept prototypes for some of the 5G key technologies.

From the perspective of the industry, the first year of the 5G standard in 2016, and the coexistence of multiple standards in the 3G and 4G eras, 5G is expected to achieve global unified standards, but the right to speak in the standard is bound to compete, it depends on The degree of participation in each link, and the use and confirmation of more technologies by the 5G standard will inevitably allow the company to have more patent reserves in the future. Like Qualcomm's patent license, it can also charge Qualcomm patent licenses in the future.

Especially in the mobile phone, the party that has won the leading power will inevitably improve the research and development efficiency of the local mobile phone brand. After all, the standard coordination will be more convenient and even form a patent standard, thus enhancing the terminal's continuous innovation.

At present, the patent competition in the mobile phone industry is deteriorating and the frequency is increasing. From the beginning of the year, Apple paid Huawei patent fees, Huawei sued Samsung patent infringement, Qualcomm v. Meizu patent infringement, and the recent OPPO, vivo infringement Dolby audio technology was brought to court. . Therefore, emphasizing the role of patents, it is also necessary to emphasize the patent writing standard. If the patent is written into the standard, it becomes a standard essential patent. Once the standard is implemented and the patent is infringed, the right to charge can be claimed.