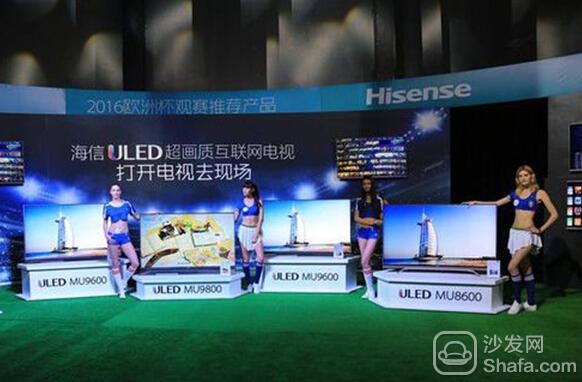 Since the beginning of this year, ULED TVs independently researched and developed by Hisense and mastering the core display technology have been put on sale and promoted in 67 countries around the world. Behind the global explosion of this independent brand and independent technology, it is from Hisense's technical strength!

Only with technical strength can you really have confidence. Recently, at the annual spring new product conference of Hisense, the group's president Liu Hongxin shouted the goal of "TV watching Hisense" in a high-profile manner. Behind this is the ULED display technology TV product independently researched and developed by Hisense. Promotion and detonation have opened up a new round of strategic opportunities for China's color TV industry to seek globalization with technological strength.

In the past 13 years, Hisense, which has risen rapidly in the era of flat-panel televisions, is precisely because of its insistence on technological advancement. It has thus become the first Chinese company to master a series of core technologies in LCD TVs ranging from chips to display technology to LCD modules. With a strong technical strength to deal with color TV industry's future disputes.

TV watching Hisense, this is not a slogan. Instead, Hisense stood on the big platform of global competition, sounding a new round of development goals and a new clarion call.

Looking at the competition and development of the global color TV industry in the past decades, it is a display technology war that lasts for many years. Who has mastered the true core technology, who has the right to speak in the future. Although the entry of Internet companies in recent years has brought about the impact of content and applications, the display technology determines the characteristics of the color TV industry, but it is the last word.

It is a clear recognition of this trend and direction. Since the color TV industry entered the era of flat-panel televisions, Hisense has made great efforts in technology research and development and has not slacked off. The constant pursuit of technology from top to bottom is the continuous accumulation of Hisense technology, leading the industry in the end and squeezing the strength and strength of Japanese and Korean companies. 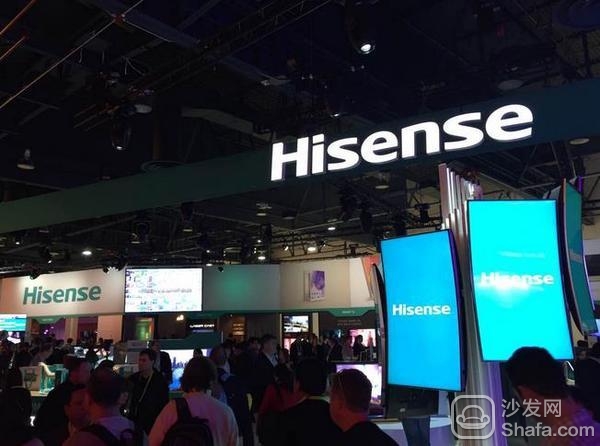 Zhou Houjian, the chairman of the company who witnessed the ten-year change of Hisense, said: "Wherever wind blows, I will emphasize the manufacture. For so many years, Hisense has always been able to use 'manufacturing' as the 'base' to support the development of Hisense as the core competition of Hisense. force."
For China's color TV industry, the development of the past few decades, in the CRT era to plasma LCD and other flat-panel era, many years of core resources have been in the hands of Japanese and South Korean manufacturers, which is also a large-scale but not strong strength of China's color TV industry The reason is.

Until Hisense insisted on continuous technological innovation and manufacturing fundamentals, it continued to make breakthroughs in display technology and image display chips, and began to establish a place for Chinese companies in display technology. From 2014 to 2016, Hisense's ULED technology has continued to improve. The so-called ceiling has been smashed. ULED has been developed to version 3.0, and it has achieved 8K display. The color gamut is wider than OLED, and the contrast ratio is even higher than OLED.

These quality indicators are exactly what color TV companies should compete in, and the color TV industry in China must be strong and pursue. It is also the foundation for Hisense's strong rise in the global market.

It is thanks to a series of industrialization results brought about by technology research and development that Hisense has been in the leading position in the color TV market. According to statistics from China Yikang, the sales volume of Hisense TV in the domestic market ranked first for 13 consecutive years.
Especially in 2016, when color TV giants such as Hisense, TCL, Skyworth and others misunderstood the trend of future color TV technology, Hisenseâ€™s leading edge continued to expand, with market share maintained at 18%, and the gap with second place has widened. More than 2 points.

After completing the first 13 years of continuous leadership in the Chinese market last year, Hisense re-entered the global arena, succeeded in surpassing Sony, and became one of the world's top three color TV manufacturers, thus realizing the leading position from China to the global market. 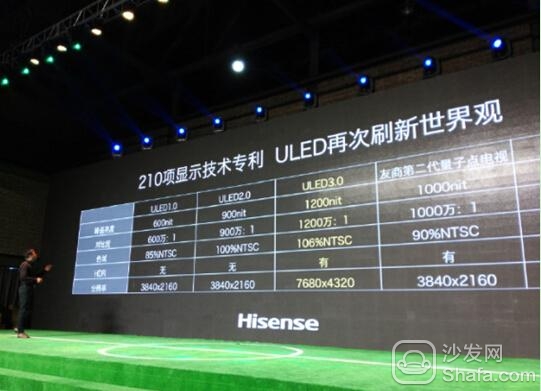 In this regard, third-party market research institutions DisplaySearch TV Director Wu Rongbing also believes that the Chinese brand represented by Hisense has been out of the passive follow-up state, market share continues to rise, and Hisense is such a strong ability of independent innovation is most likely to become a world-class brand .

Relying on the independent R&D and innovation of core display technologies, Hisense moved from the rise of the Chinese market to the center of the global stage and realized the operation and expansion of global brands. This has once again released a new signal to all color TV companies:

In China's color TV market, the concept of hype is no better, and marketing is no better. If there is no independent technology, then in the end it is also for others to do the wedding. It still changes the LCD in the early days. It will never reach the center of the global stage.