For smartphone users in China, 2014 is the first year of 4G. From simple figures, 4G network speed is 20 times that of 3G! Of course, the 4G era also hides new security risks. Under the conditions of 4G super-speed network, some of the user's private information that was difficult to steal, and a new Trojan virus attack method will become possible! 360 mobile phone security experts pointed out that in the 4G era, super mobile Trojan horses are likely to emerge on a large scale. As a portable device, a smartphone can even be used by a hacker to realize full-range monitoring of victims, such as remote video, sound, pictures, and geographic location. It will surely become a new problem that harms the Trojan horse far beyond the PC side virus.

Here, we may wish to boldly predict the five major security issues that smartphones may face in the 4G era, prepare in advance, and meet new challenges.

Threat one: Super mobile Trojan may appear on a large scale

Remember in 2012, more than 20M claimed to be the most complicated flame spy Trojan in history? Under the current network conditions, such a big Trojan horse is easily detected on mobile phones. But it is not necessary under the condition of 4G network. Since the 4G network is equivalent to a 100M broadband, its download speed is 20 times higher than that of 3G. With high-speed download conditions, Trojan makers can be free from the limitations of size and download time, as much as possible to design Trojan programs more complex, more concealed, more aggressive, and more destructive. As a result, the difficulty for users to identify Trojans is bound to increase.

4G is still in the stage of popularization, and its tariffs are relatively high. Trojan manufacturers are likely to take this opportunity to manufacture large traffic consumption and malicious promotion mobile Trojans. Under 4G high-speed networks, users â€™mobile phones may be downloaded with a large amount of promotional software in an instant. It consumes a lot of mobile phone data, and the response time is shorter than 3G. When the user finds that the mobile phone is abnormal, the data rate is already consumed. In this case, Trojan horse killing and traffic monitoring functions similar to 360 mobile guards are particularly important.

In the 3G era, the quality of video calls has been greatly improved, but due to signal and bandwidth limitations, most of the time, we still need Wi-Fi support. 4G bandwidth can fully meet real-time video requirements. If a hacker uses a Trojan horse program to remotely turn on a mobile phone camera, the threat to privacy can be imagined. At present, there are a lot of software for remotely controlling PC cameras on the Internet, and reports of stolen photos after being implanted into Trojans are also common. Imagine that under 4G networks, hacker attacks on mobile phone cameras may be rampant.

From the perspective of global communications, China's 4G technology has become one of the two major standards in the world, and the trend of convergence between the two major standards is obvious, which means that in the 3G era, WCDMA / TD-SCDMA / CDMA2000 will be incompatible with each other. A complete change, but this globalization trend may also cause the globalization of mobile phone Trojan viruses. At present, the threshold for domestic users to have less exposure to foreign apps lies in the application store and language. However, when all operators around the world use the same 4G standard, customized machines may become history, and the target users of the operators â€™free application market will no longer be China People are bound to accept various applications abroad, which is also a hidden danger in the future.

Threat 5: Video APP may become the main carrier of Trojan


Good resistance to abrasion and solvent.

Apply to B class motors, appliances, instrumentations, various types of electronic componentss and winding for coils.capable of working under extreme situations where strong resistibility against very hing and low temperature, powerful cryogen, hard radiation and forceful heat shock are needed. 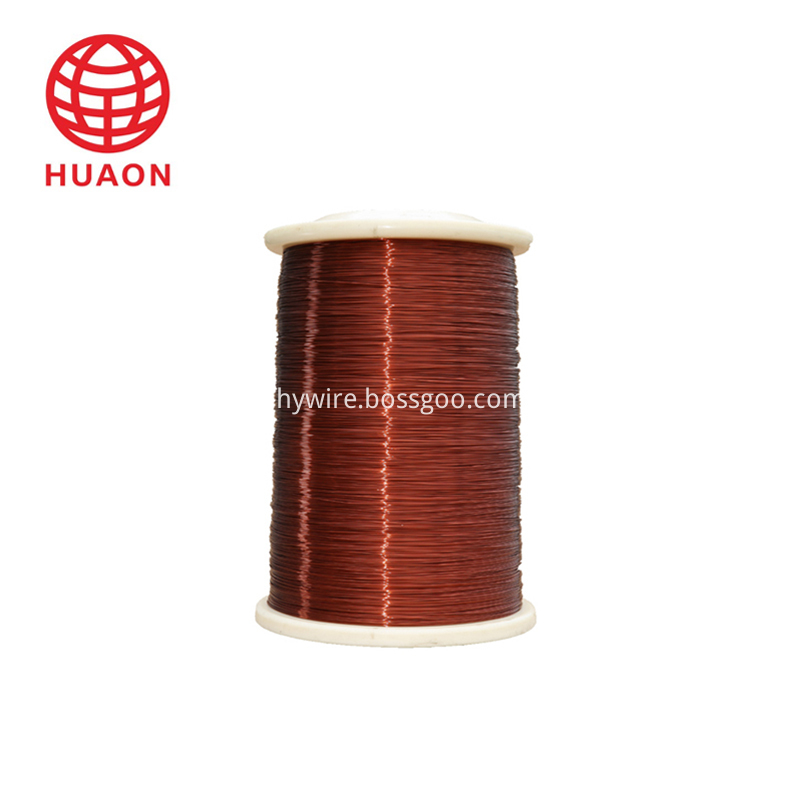