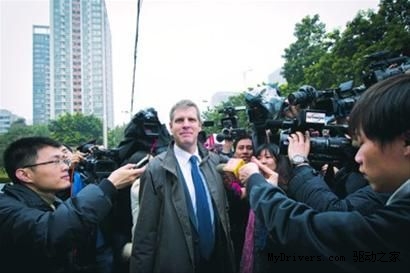 At 9:00 a.m. yesterday morning, in the First Court of the Guangdong Provincial Higher People's Court, Apple and Shenzhen Proview launched the final confrontation on the "IPAD trademark infringement case." This lawsuit also attracted media reporters from across the country and even the world.

For this last opportunity to appeal, the trial lasted up to six hours and the scene of debate between the two sides was full of gunpowder. Apple Corp. took out new evidences such as the e-mails and the signature letter of the Chairman of the Proview Group, and requested witnesses to appear in court to prove that Proview Shenzhen not only knew and agreed with the entire â€œIPADâ€ trademark, but Proview Shenzhen Co., Ltd. believed that Apple Inc. There are "defrauding" trademarks.

In the end, the court announced that it was sentenced on a daily basis. In response, Jin Yan, a lawyer of Guangdong Dongfang Jinyuan Law Firm, said that in the first instance verdict, Proview Shenzhen Company won the "IPAD" trademark certificate, but because of Apple's strong new evidence, the final judgment was suspicious. .

Proview was unprepared for new Apple evidence. During the trial yesterday, Apple Inc., as the appealing party, first issued a series of new evidence to the judge, including the previous exposure of Proview Shenzhen Co., Ltd. Yang Rongshan, chairman of the board, signed the "permissive" letter, as well as a series of e-mails between the investigation company staff and Proview's transfer of trademark rights.

For the new evidence of appeal, Proctor Shenzhen Co.'s attorney appeared to be somewhat underprepared and rushed to "not meet the lawsuit procedure" and refused to respond. In addition, Shenzhen Weiguan did not recognize the courtâ€™s courtroom testimony and judgment orders from Hong Kong courts because of its lack of legitimacy and relevance.

During the trial, Apple's attorney bluntly stated that in the transfer of the "IPAD" trademark rights, Apple began to talk with Shenzhen Weiguan, but because the company's financial status was not good, it eventually became a Taiwan Proview company to sign an agreement. The natural transfer fee was also awarded to Taiwan Proview.

In terms of Apple, Yang Rongshan is the person in charge of Proview Group, Taiwan Proview, and Shenzhen Proview, and its signing of "quasi-" means a full transfer of trademark rights.

In this regard, Proview expressed that during the entire "IPAD" trademark transfer case, Yang Rongshan only appeared in the power of attorney of Taipei and stamped Yang Rongshan's seal. However, Yang Rongshan cannot be considered for disposition because of Yang Rongshan's multiple identities. Multiple company properties.

Finally, Proview lawyers emphasized that Proview's registered trademark rights have never been shaken. Shenzhen Proview and Apple have no contractual contact with each other, and they have no way of establishing a contract, let alone the effectiveness of the contract.

In response, Appleâ€™s attorney spoke of four words and frankly stated that due to the poor financial status of Shenzhen Weiguan, Shenzhen Weiguan Company could not get any money if it was traded, so the negotiation became an agreement between IP company and Taiwan Proview, and it was transferred. fee.

Yesterday, Apple produced an "IPAD" trademark distribution agreement for the distribution of mainland China. There were "Quasi" written by Yang Rongshan, the person in charge of Shenzhen Proview, and multiple copies of employees of British IP company and Proview Shenzhen company. In the email, Proctor Mai Shihong and Yuan Hui are the two main employees.

Apple believes that the transaction between Apple and the Champion Group was initially handled by British Proview, later by Shenzhen Proview, and finally by Proviewer. The participation of Shenzhen Proview was indispensable, and Mai Shihong It is not only the staff of Shenzhen Proview, but also the head of the legal department of the company and Taiwan Proview.

In response to this, Proview Shenzhen's attorney responded that the reason why Yuan Hui had contact with the British IP company regarding the transfer of trademark rights was "because his English is better," but all the things discussed were based on Taiwan's Proview. In nominal terms, the inscriptions and schedules of the e-mails are all of Taiwan Proview.

Judges repeatedly reminded both parties that the tone was in the court investigation stage. Apple Inc. described the behavior of Shenzhen Proview as "conspiratorial taste driven by financial interests." Apple said that before the Apple iPad was launched in 2009, the Proview Group had transferred the trademark for only 35,000 pounds, and the iPad had earned the brand value of today's value by relying on Apple's hard work.

For Apple's accusations, the agents of Shenzhen Proview Group appeared to be more excited in the afternoon's debate. The judges had to remind them several times to tone down and relax, and they must not be offensive.

In the final summary stage, Shenzhen Proview's speech was still full of emotions. He continued to use "surprise" to describe his own feelings. He also said that Apple's agent's argument was "proud." They pointed out that Apple Corps, while knowing that Taiwan Proview did not have the right to transfer two trademarks of Shenzhen Proview, still contributed to the contract and was â€œdefraudingâ€ the iPad Continental trademark.

It is worth mentioning that yesterdayâ€™s trial lasted more than six hours, so that the judge repeatedly reminded both sides of the debate â€œsave timeâ€, and when Apple and Proview Shenzhenâ€™s attorneys debated â€œincessantlyâ€, the judges were kind Remind observers to â€œstay a few more minutesâ€.

Proview is still optimistic about winning the case. Finally, the judge inquired whether the two parties' lawyers accepted the mediation, and the attorneys all indicated that they needed to consult the agents. The judge then announced the end of the trial on the day and the court would select the sentence.

Xiaocai Yuan, the attorney of Proview Shenzhen Co., still seemed more optimistic. He told the Morning News reporter that reviewing the one-day trial, Apple did not come up with any convincing evidence. Therefore, it is difficult to obtain court support. Once the court maintains In the original judgment, the next step will be to focus the work on stopping infringement and seeking compensation.

Before the trial, the first case of queuing up for â€œIPADâ€ trademark rights disputes had already surpassed the scope of the original IP dispute case. Apple iPadâ€™s popularity has made it possible for both the legal industry, the media and consumers to give this case a case. Very high degree of attention.

At 8 o'clock in the morning yesterday, an hour away from the court, people waiting in front of the Gaoyuan High Court in Guangdong Province already lined up long lines. According to a queuing resident briefing, even some people started queuing at 5 a.m., and at least 8 meters of waiting queues outside the provincial High Court opened at 8 a.m. in the morning. It is reported that due to the limited space, only the top twenty people can get an affidavit.

In the inspection team, the Morning News reporter found that not only domestic intellectual property lawyers and well-known media reporters, and even the United States Consulate General in Guangzhou staff, and CCTV sent a live car parked at the gate of the court, while Shenzhen TV station also sent a live TV car.

Due to too many journalists in attendance, apart from the first court used in court trials, the Guangdong Provincial High Court specifically provided the second court and the fourth court as an auditorium. It is estimated that there will be 70 to 80 media attending the meeting.

After the close of the trial, the reporter swarmed around the lawyer at 5 pm and the court announced a closed session. At the entrance to the Gaoyuan High School in Guangdong Province, more than a dozen television media cameras lined up at the forefront, followed by many plane media reporters holding cameras, waiting to capture the agents from both sides of the court. .

Shenzhen Proviewâ€™s attorney Xiao Caiyuan just walked out the door and was immediately overwhelmed by the flood of reporters. With his footsteps forming a mobile crowd vortex, the court police had to remind people to pay attention to safety. 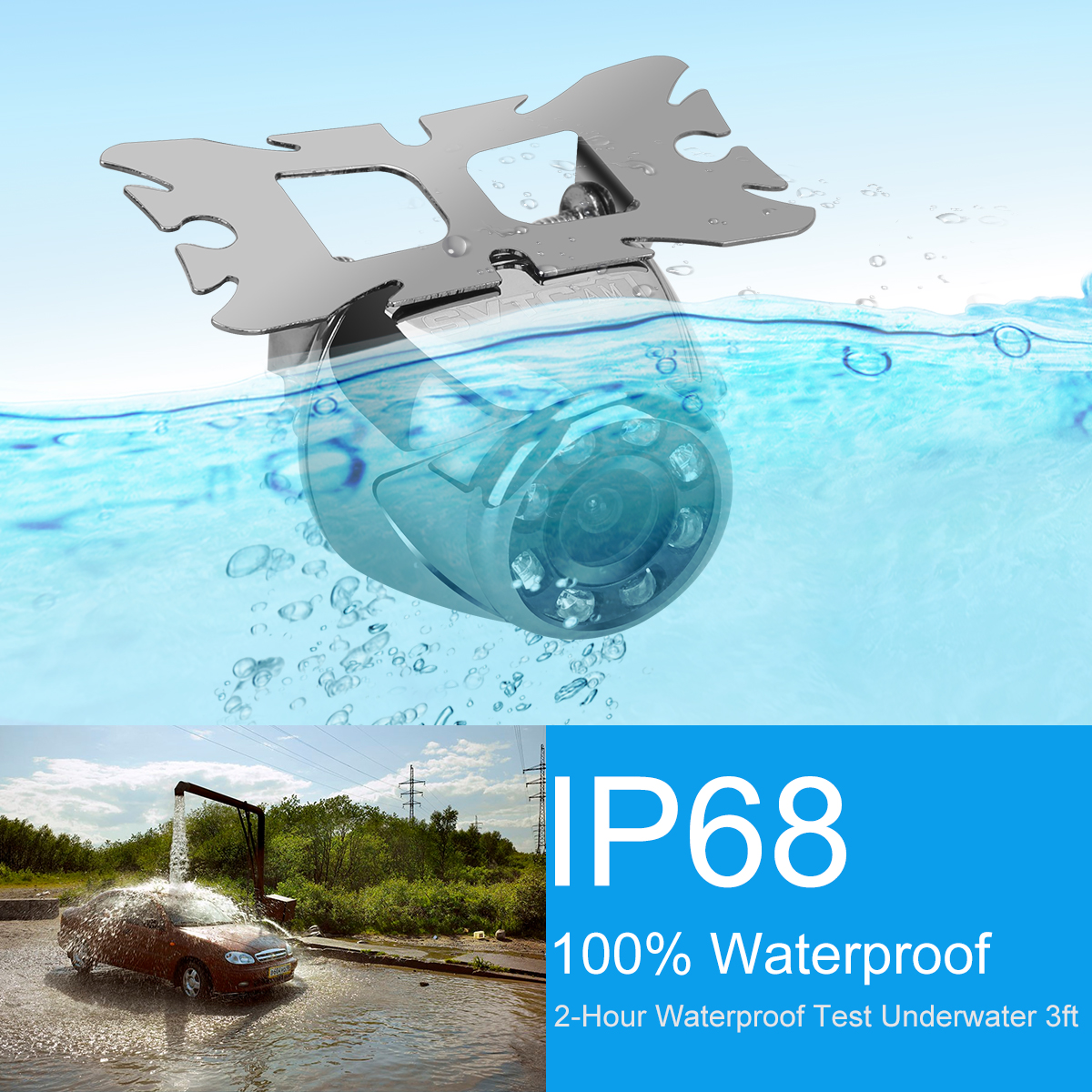