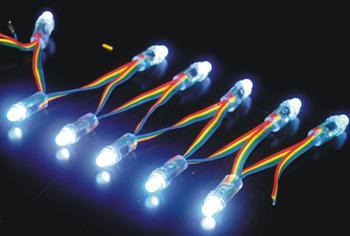 Singaporeâ€™s Minister of National Development Xu Wenyuan announced in his blog on the 22nd that in the future, Singaporeâ€™s government housing development will be fully equipped with green environmental protection facilities to create a cleaner, green, energy-saving and healthy livable environment for residents.

HDB is an affordable housing project in Singapore. These new measures for energy conservation and environmental protection include the installation of sensing devices for LED lighting in public areas to reduce energy consumption in newly-built HDB projects; additional garbage collection pits for recyclables, centralized collection and recyclability Garbage; equipped with a toilet with a washbasin in the flat to automatically collect wash water to flush the toilet; convert the energy generated by the elevator into electricity for use by other public facilities; and the construction of sidewalks and other facilities in the HDB community In the use of loop materials.

In addition to this, the development of HDB flats will be equipped with more parking spaces for parking bicycles, and the corresponding ramps will be laid alongside the stairs to facilitate the residents to move upstairs to encourage residents to choose green travel by bicycle. Xu Wenyuan said in a blog that residents of cities such as Copenhagen, Denmark and Amsterdam, the Netherlands, will choose to ride their own bicycles to work. They will use renewable energy. They will also actively use water for recycling. Their green lifestyle is worth advocating.

Xu Wenyuan also stated that the â€œGreen Lotus Gardenâ€, the first ecologically equipped flat house equipped with environmental protection facilities in Singaporeâ€™s Punggol New Town, received good environmental and social effects and was welcomed by the residents. It is also the reason why the government is willing to promote this idea to the future HDB building. one. He said that after the â€œGreen Xinyuanâ€ was equipped with a recyclable garbage collection pit, the collected recyclable garbage was three times that of the ordinary HDB flats. The LED lights with induction devices and the elevator system for regenerating electric power also effectively reduced the HDB public housing. Electricity consumption in the area.

About 80% of Singapore residents live in flats built by the government and sold at discounted prices. These flats are not much different from the private houses developed and built by private developers, but the prices are relatively cheap.

Radiant Heater is the effect you feel when you can feel the warmth of a hot stove from the room. When radiant heater is located in the floor, it is often called portable Halogen Heater or mobile Quartz Heater. Radiant space heater has a number of advantages. one designwall quartz heater, we call baby heater with GS approval

Welcome to OEM, we focus on quality halogen heater and quarts heater in Ningbo.