The most direct factor affecting the application experience of electronic devices is the hardware configuration. The same configuration may also have different application experience. For example, if the set-top box and the computer have the same 2GB of memory, why is the set-top box running the program very stuck, and the computer can not open the multiple programs at the same time, there will not be stalled phenomenon? Why is this?

Memory is used to store program running data. It is a temporary storage. The more programs are run, or the larger the program data, the larger the occupied memory. When the computer and the set-top box are stuck, the memory is insufficient.

Memory generally uses semiconductor memory cells, including RAM, ROM, and CACHE. Our computer's commonly used memory is RAM. When the PC clerk is shut down, its power-off will not save the data. The memory stick is to concentrate the RAM manifold on a small circuit board and plug it into the computer's slot to work.

DDR memory is the current mainstream memory of our computer. It can be said that it is an upgraded version of SDRAM. DDR memory is a compromise between performance and cost. Its purpose is to quickly establish a solid market space, and then a step. Steps in the frequency of singing and eventually make up for the lack of memory bandwidth.

In 2002, JEDEC announced the development of the DDR3 memory standard. Today, DDR3 is already the mainstream computer memory accessory. Many manufacturers have their own DDR3 solutions. DDR3 provides higher operating performance and lower voltage than DDR2 SDRAM. The current mainstream memory modules are 2G, 4G, and 8G models.

At present, DDR4 memory modules have emerged, but their cost performance is relatively low, and their popularity will still take some time. However, it is a future trend and may replace the now popular DDR3 in the next two to three years.

Given so much memory knowledge, then we have to get it right. The same is 2GB of memory, why is the set top box not as good as a computer?

1. The set-top box memory is basically a low-power version, so its performance cannot be compared with the computer memory.

2. In addition to the above version, there is an important reason that is computer virtual memory technology. 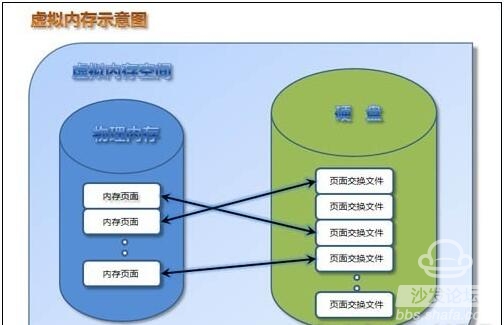 What is virtual memory? Virtual memory is a technology of computer system memory management. It makes the application think it has continuous available memory (a complete address space in a row), but in reality, it is usually partitioned into multiple physical memory fragments, and some are temporarily stored in external disk storage. Data exchange. At present, most woodpecker operating systems use virtual memory, such as "virtual memory" of the Windows family, "exchange space" of Linux, and so on.