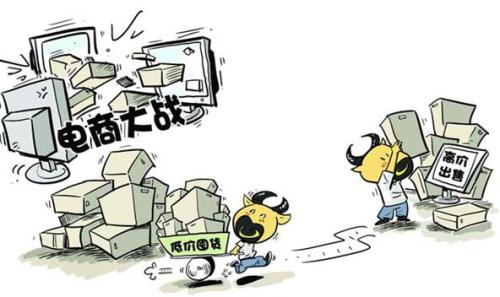 Every summer, e-commerce promotion wars are almost always the norm. During the hot season of this year's promotion, Gome Online released 3.2 billion yuan in cash coupons, Jingdong Mall also opened a 6.18 big promotion, Suning Tesco, Taobao, etc. also launched a number of promotional activities. For consumers, the electricity supplier's red envelope is "the sky off the pie" or "least ribs"?

Consumers tend to be more rational

Compared with the e-commerce promotion hot, consumer behavior is much calmer. Although many businesses introduced warm-up price promotions, consumers are no longer blindly impulsive.

E-commerce's "promotional warfare" has come one after another. This allows savvy consumers to develop the habit of "price is cheaper than three." Some consumers even believe that the "promotional feast" of e-commerce is "double 11" instead of "June-day".

Ms. Li also said that the discount rate for Double 11 discounts feels a little bigger. If I have one year's consumer demand, I may be more concerned about Double 11th. This time I compared a bit, online clothing discounts like that kind of brand is not too big, plus the discount rate in the mall can also be, but also try on, so I still buy in the physical store.

In the face of increasingly mature consumer psychology, Gome Online spokesman Huang Xiangping said that this also forced businesses to no longer blindly promote sales, but to find out the habits of consumers and tailored marketing plans.

Zhao Ping, deputy director of the Department of Consumer Economics Research at the Ministry of Commerce, believes that e-commerce promotions, no matter how fiery and volatile, must be willing to â€œmake profits,â€ otherwise they will be seen as â€œtastelessâ€ and unable to mobilize consumers. Shopping desire.

It emphasizes that the Internet is a particularly transparent shopping environment. Internet users are particularly sensitive to price. If the price discount is not obvious, it is just speculation or marketing methods that are new and cannot arouse the desire to purchase.

Do not fight before the war

Attentive users did not know if they noticed that on the eve of the E-Commerce War this year, the electricity supplier seemed to be more pragmatic. It did not appear that e-commerce tycoons in previous years were all rushing business on one hand and playing lip service on the other. While broadcasting their own situation, they are provoking their opponents.

Did you remember that last year, Li Bin, executive vice president of Suning's Tesco, said on Twitter that he "holds his hand and takes the dog away! If the dog doesn't leave, drag and sell meat," the microblogging is equipped with an optical butt The photo of the black dog was later considered by many netizens to imply other e-commerce providers. Afterwards, Xu Lei, senior vice president of the marketing department of Jingdong Mall, and Peng Liang, spokesman of the Gome News, all followed suit in Weibo, saying that they would â€œlook at salesâ€.

For consumers, it is just a good show to look at the "battle" of e-commerce bigwigs. For e-commerce companies, relying on language can not only attract a large number of customers, but also increase traffic volume and overall sales. In addition, it also saves a large amount of advertising fees, which can be called â€œonly earning no compensationâ€.

In addition, Suning's Li Bin is no longer an opponent, and the content of Weibo is only for his own activities. Without the embarrassing battle of e-commerce, many netizens joked that there was no "scenery" in this year's e-commerce war.

In this regard, analysts said that this year's major e-commerce companies are continuing to integrate and improve, with the promotion of the platform, O2O, O2M and other strategies, the major e-commerce business is no longer limited to the price, but shouted open " service". They try to recruit more consumers through services. Although there was no war on the surface, the war was even more prosperous.

Who is better than e-commerce war?

At present, the hottest among e-commerce wars is the sales promotion war between Gome Online and JD.com, and the two sides have struggled since April.

As a veteran company, GOME has only been able to switch to e-commerce for only 3 years. The online development has never been favored by the industry. However, this company is very hard in business development, as long as the industry has a movement, immediately follow up, opponents have to promote the market will not fall. For example, after the listing of JD.com, it will usher in the 11th anniversary celebration. In order to celebrate the successful listing, 1.6 billion gift certificates will be issued. Gome Online is not to be outdone, and boasts that it will release 3.2 billion cash coupons to netizens. The tit for tat is very strong. So who will prevail in this game?

According to analysis by industry insiders, JD.com is not only facing the pressure of profit after the listing, but also ushering in the dark battles between Ali and Gome. In the face of these two strong competitors, it is necessary to respond to the offensive. , I am afraid it will take some brains. Therefore, in the game between the two, it seems that Gome Online is better.

However, some experts believe that as a traditional home appliance retail chain enterprise, Gome has not been in the e-commerce field for a long time. In the face of mature e-commerce companies like Alibaba and JD.com, it is inevitable that they will suffer losses, even if 3.2 billion yuan is released. Cash coupons, consumers may not buy, after all, Jingdong, Ali's users can not be underestimated. Therefore, Gome Online has played a real low-cost slogan on the entire network and grabbed the service to grab the site. As for the effect, it still needs sales to verify.

Judging from the current situation, the war between electricity suppliers has ignited. Who will win the pundits in this e-commerce war? There is no way to judge. Needless to say, consumers will always be the biggest beneficiaries regardless of who wins in the end.

Fire resistant Control Cable, a kind of high quality fire resisting performance cable with special formula adding for its protective insulation and jacket such as PTFE ,mica tape or fiberglass yarn.. What makes this cable different from flame retardant cable is that fire resist cable will still keep electrical power on for a certain range of time in case of short circuits or combustion when fire happens. This cable should be used in public places to get a better safety and rescue capability. 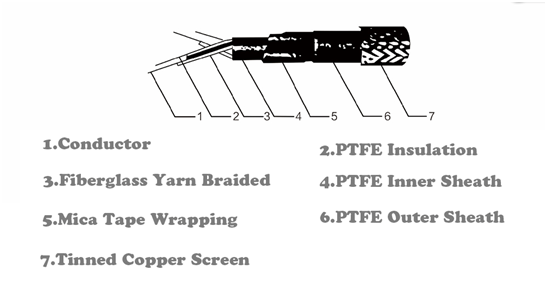 This cable is applicable for below occasions with high fire resistant requirement:

Q: Are you a factory or trading company?
A : We are a manufacturer. We are professional in developing and producing electrical wires and cables since 2001.

Q: Can I visit your factory?

A :Yes!  You are welcome to visit our factory for further detail check.

Our factory is located in Minqing,Fujian. You could choose to fly to Xiamen/Fuzhou International airport. And tell us your flight No. We will arrange to pick you up if you like.

Q: May I buy samples from you?

A: Yes! You are welcome to place sample order to test our superior quality and services.

Q: Can you put my brand name (logo) on these products?

A: Yes! Our factory accepts to print your logo on the products.

Q: May I know the status of my order?

A: Yes .The order information and photos at different production stage of your order will be sent to you and the information will be updated in time.

To receive a quote, further information or advice, Leen Cable invites you to contact us. And you are also welcome to visit our factory if you would like to get closer to our production line.