What will 5G bring? The faster connection speed of a smartphone is just the tip of the iceberg.

I believe everyone in the communications industry agrees that 5G will come within this decade, but what it can do is unresolved.

Nokia and this Tuesday (US time) announced some of its views on 5G, including car safety driving, including the scope of 5G applications, in addition, instant replay, medical also has a 5G place. 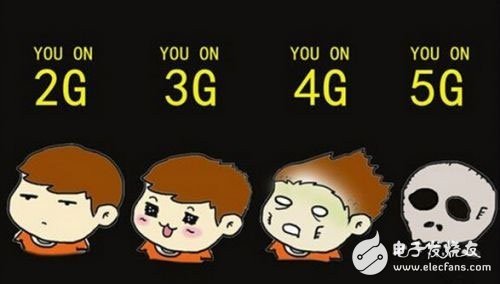 Nokia, which wants to make a difference in the 5G field, claims that it has tested the connection speed of 30Gbit with 5G technology, which will be 1000 times that of 4G technology.

In actual use, it is more demanding to achieve this speed. Trees, buildings, etc. all affect the actual network connection speed. Despite this, people in the industry generally believe that 5G will be faster than 4G. AT&T's wireless standards expert Brian Daly said at the wireless conference on Tuesday that 5G will be 10 to 100 times faster than 4G.

Faster speeds will also increase the capacity of the network, allowing more users to log in to the network at the same time.

Many people will definitely be attracted to the giant screen in the stadium. But what if you get the same real-time picture in a game or smartphone? You can even switch shots, instantly replay, and high-resolution 4K video will make you feel refreshed.

Nokia believes that 5G can bring you all this.

Currently, self-driving cars use wireless networks. But network latency and lag are a topic that cannot be skipped. There seems to be a thick wall between the car sensor and the network data center.

When autonomous vehicles are popular, it must be equipped with barrier recognition technology and seamlessly connected to the data center without any delay, otherwise catastrophic consequences can occur.

The biggest contribution of 5G in this respect is ultra-low and ultra-low latency, which can provide uninterrupted information flow for driverless cars. This will greatly improve the safety of the car and reduce traffic congestion.

For doctors, robots will have a lot to do with surgery. But they need real-time feedback on the instructions issued by the doctor. When performing complex commands, the working robot needs to communicate seamlessly with the doctor.

Nokia said that the low latency of 5G is beneficial for robots to perform more complex tasks.

When you wear a VR helmet, you enter a virtual world where you can interact with others, games and even high-five.

With 5G, the collaboration between users will usher in a new era. Two people in the same physical location will be able to cooperate with each other.

Nokia Chief Technology Officer Marcus Weldon said: "5G will lead mankind to the next stage, everything will be automated." This automation will use the invisible network to drive the development of new business, serving all mankind .