In the past two years, the dilemma of overcapacity, blind operation and vicious price war in the LED industry has not only failed to improve, but has intensified. In 2011, Shenzhen Jun Duoli, Vision Optoelectronics, and Zhongshan Kabang successively closed down. In 2012, Haobo Optoelectronics, The crisis of LED companies such as Big Eyes Optoelectronics has become more frequent, which has further aggravated the sluggish LED industry. Corporate mergers and acquisitions and integration are also common occurrences. With the combination of DHL Runda and NVC Lighting, the industry believes that it will accelerate the pace of M & A integration in the industry.

Jinshang Optoelectronics recently announced that it will issue bonds with a total size of 800 million yuan, of which 400 million yuan will be raised in the first phase. Qin Shangguang's Dong Mi Wei Li revealed that the funds will mainly be used to improve the country's layout, timely mergers and acquisitions and the expansion of EMC (contract energy management) new business. "The company is currently looking for suitable acquisition items from companies with complementary properties in the LED industry chain and Qinshang Optoelectronics, including large companies and small and medium-sized enterprises."

In addition, Zheng Tiemin, chairman of Shandong Inspur Huaguang Optoelectronics Co., Ltd. also said that the development focus of Inspur Huaguang is mainly on the upstream of the LED industry, and there are plans to merge and integrate midstream packaging companies.

"The LED industry has high cash and technology requirements for companies. With the introduction of a series of national LED support policies this year and the gradual implementation, some companies that have won the bid but lack sufficient funds or technology to complete the project will seek to introduce partners. The phenomenon of integration. "Wei Li believes that due to the fierce competition in the LED industry and the inability to survive without competitiveness, it is expected that the strong integration of the industry in the future will be a general trend of merger and integration between enterprises. 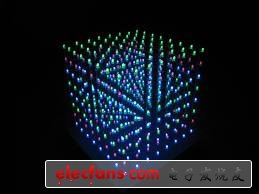