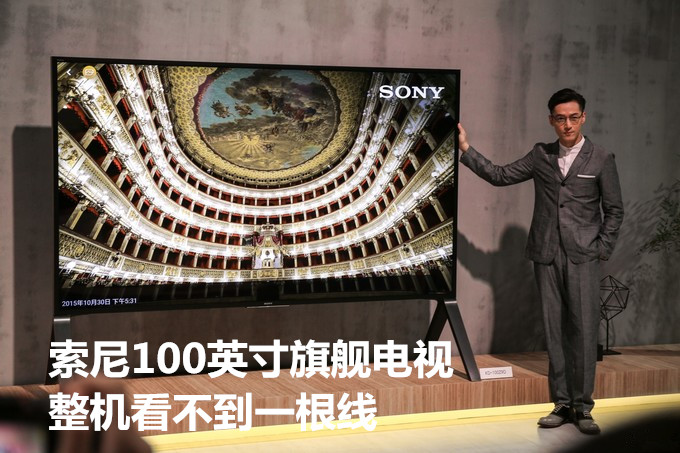 Sony officially announced the new flagship 4K HDR TV Z9D series in 2016 at home. The new Sony Z9D series has three sizes of 65-inch, 75-inch and 100-inch. Among them, the 100-inch TV product KD-100Z9D is the largest size TV set ever released by Sony. 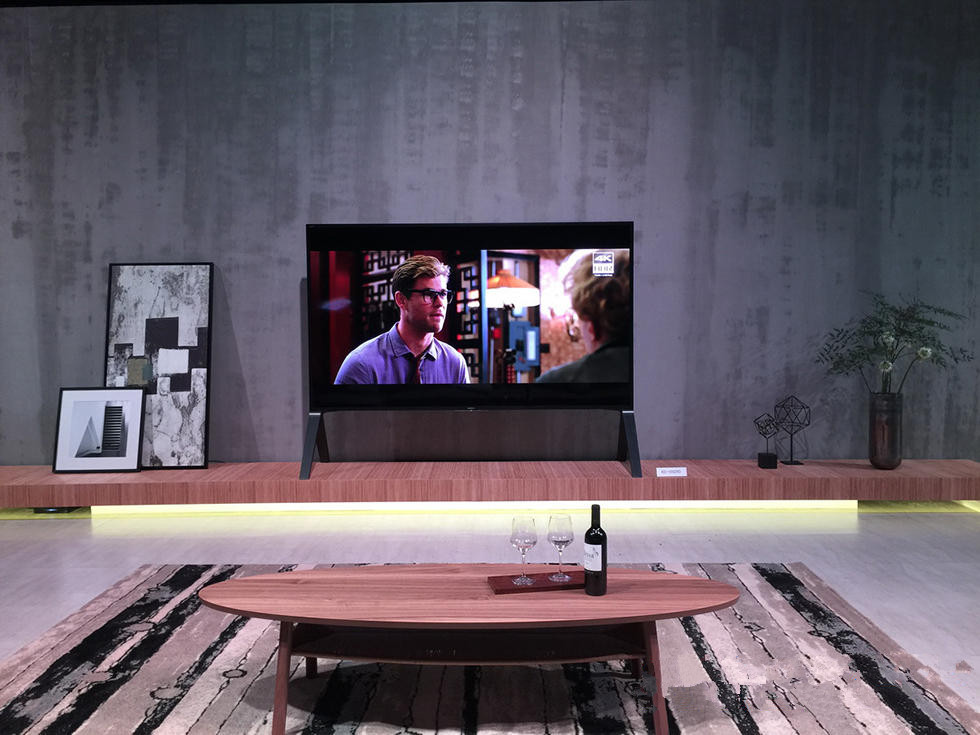 This section of the Sony 100-inch KD-100Z9D hit the high-end crowd. According to previous foreign media forecasts, the price of this model will reach 50,000 US dollars, while the domestic price may be higher, reaching 400,000 yuan or so. 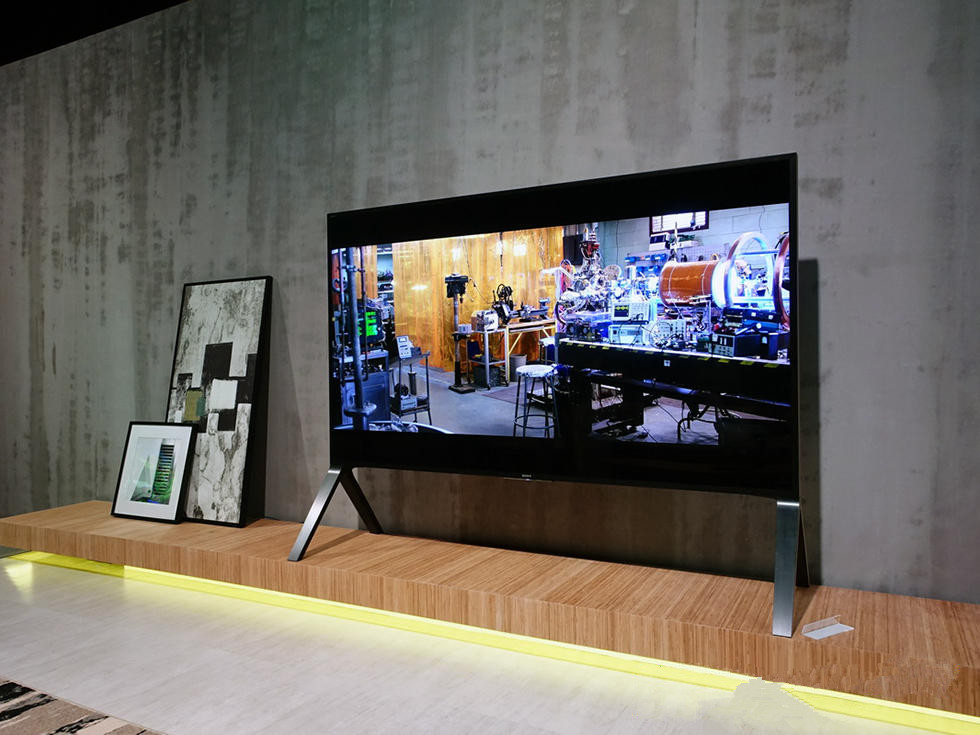 In terms of overall appearance, this 100-inch Sony Z9D is slightly different from the 65-inch and 75-inch models that were released at the same time. Due to the large screen size, the models in the display area use a floor stand design, which is quite atmospheric. 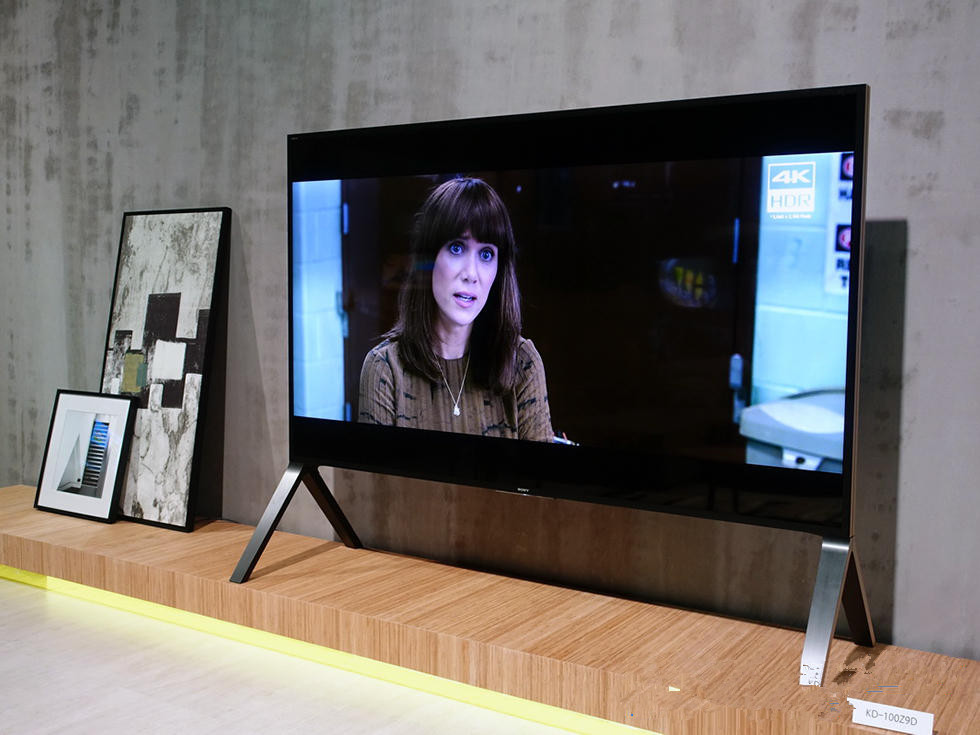 Sony said after the meeting that the reason why 100-inch TV products will be introduced at this time is due to the fact that the development trend of the large-size products in the color TV market is very rapid at present. On the other hand, it is also due to the improvement of Sony's current technology level. Make a clearer picture perfect on a 100-inch screen. 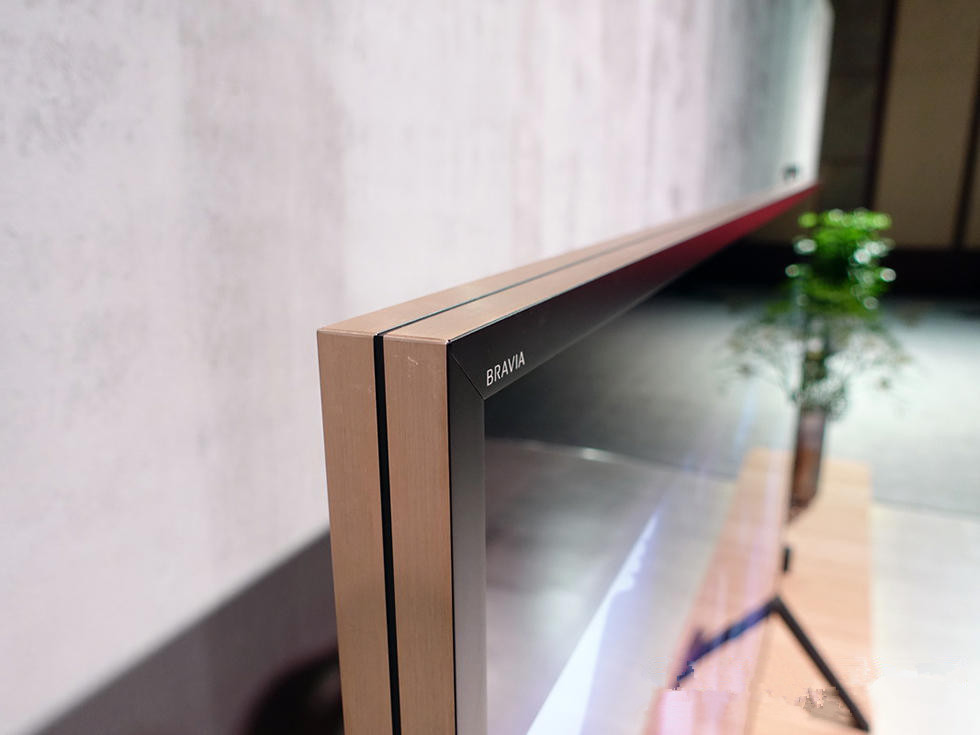 As the top product in the Sony flagship series, the aircraft's work is still very good. We saw through the models displayed on the site that the front part of the screen adopts an ultra-narrow design with double sided metal edgings on the sides. Although the thickness does not have much advantage, the workmanship is very good. 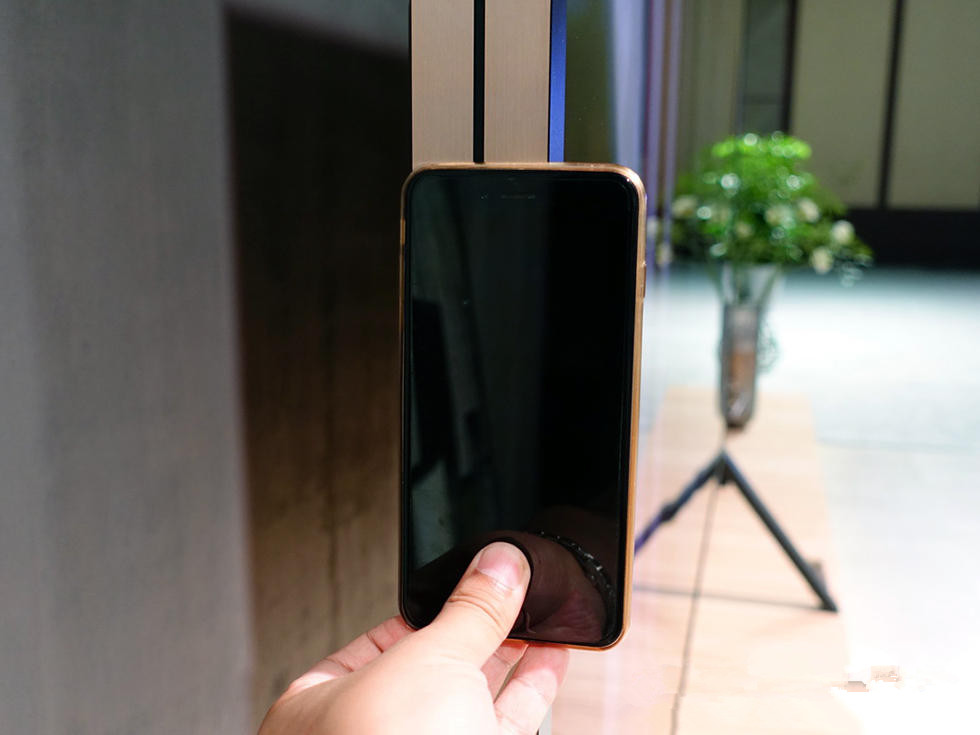 Screen thickness exceeds half of iPhone 6 Plus 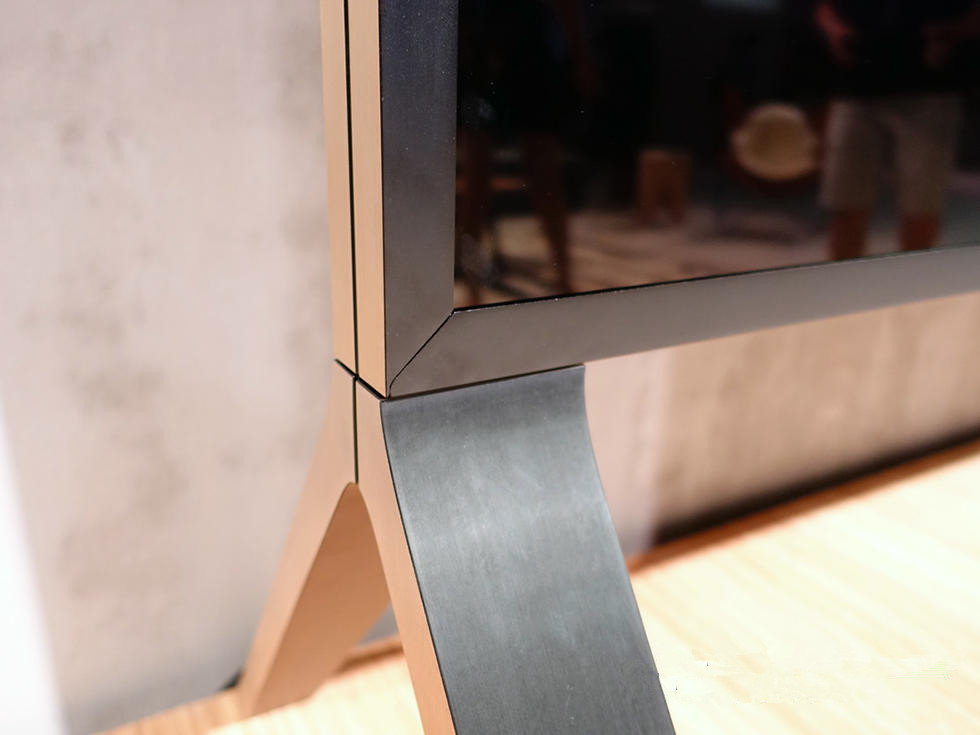 From the stand part, it can also be seen that the design of all the connections is very rigorous, and the metal wire drawing process is also added on the surface. 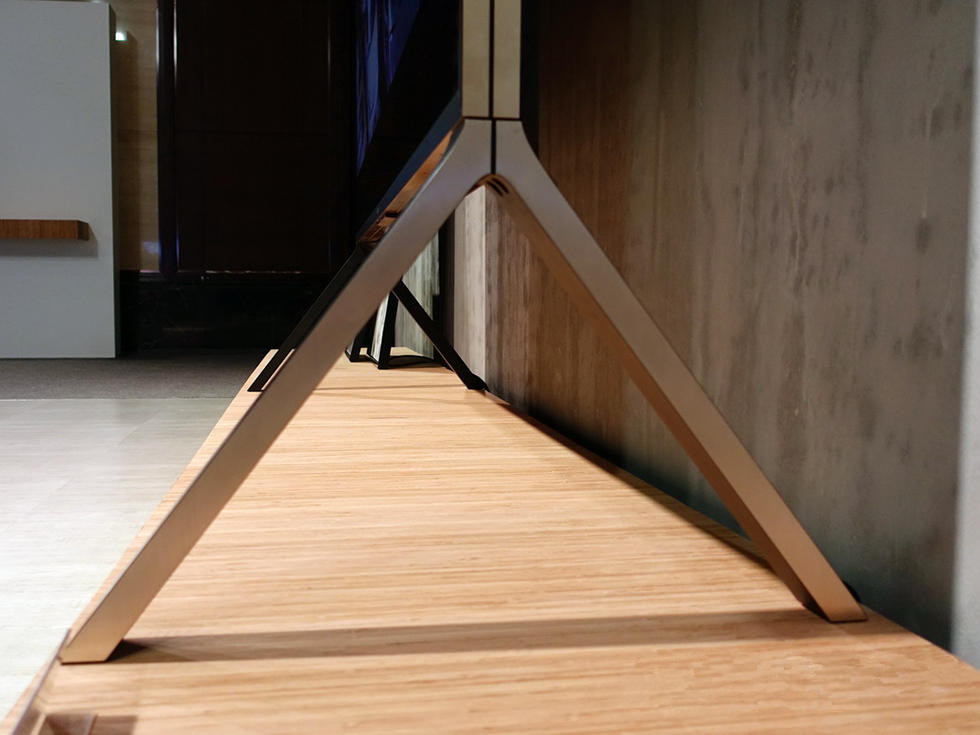 The floor stand is actually a triangular support base. At the scene, I tried to gently shake the 100-inch screen. The stability is still very good. 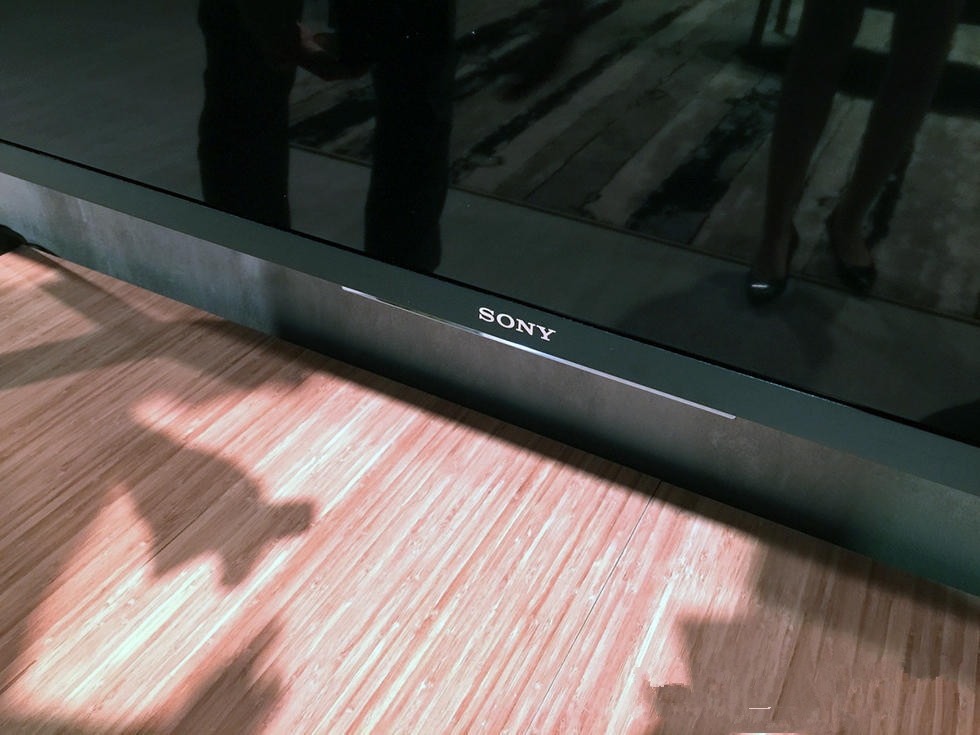 At the bottom of the screen is Sony's classic breathing light. 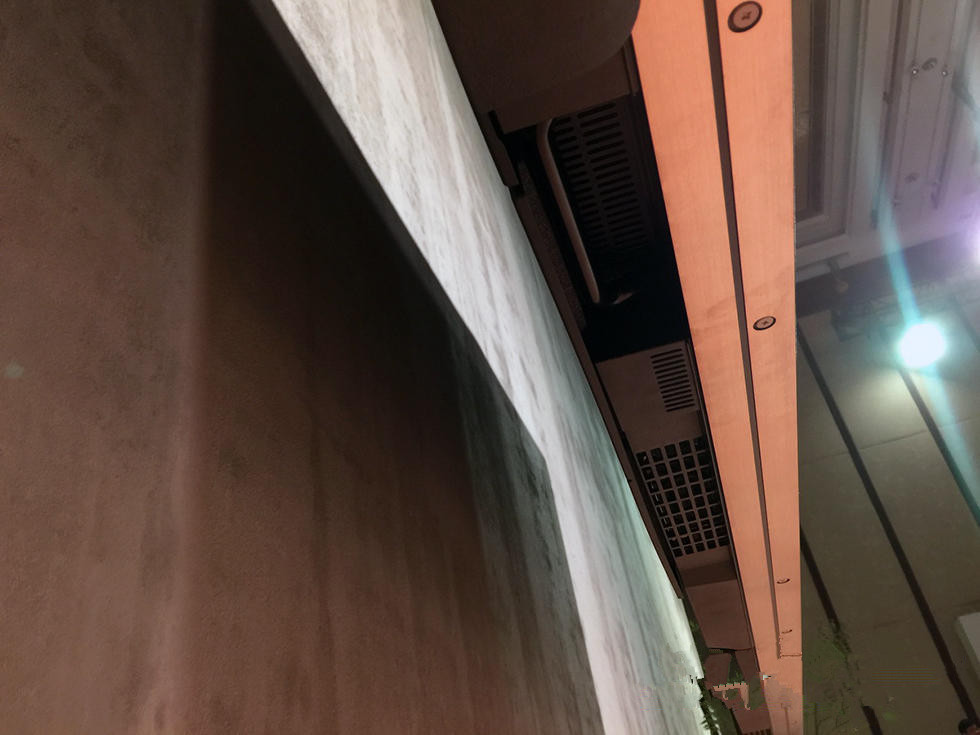 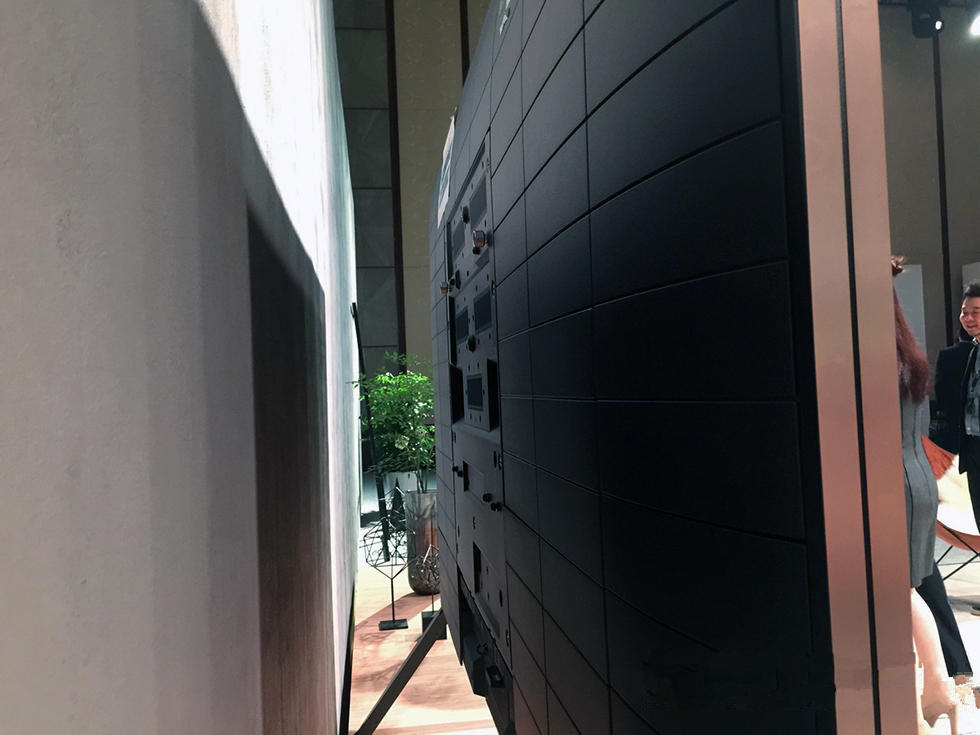 What people did not think of is that such a 100-inch screen still has a wall hanging set up on the back. In addition, you will also find that there is no connection on the back. Originally, its power lines, data lines, etc. are all wrapped in the triangle bracket, so from the outside, the whole machine does not show any connection. 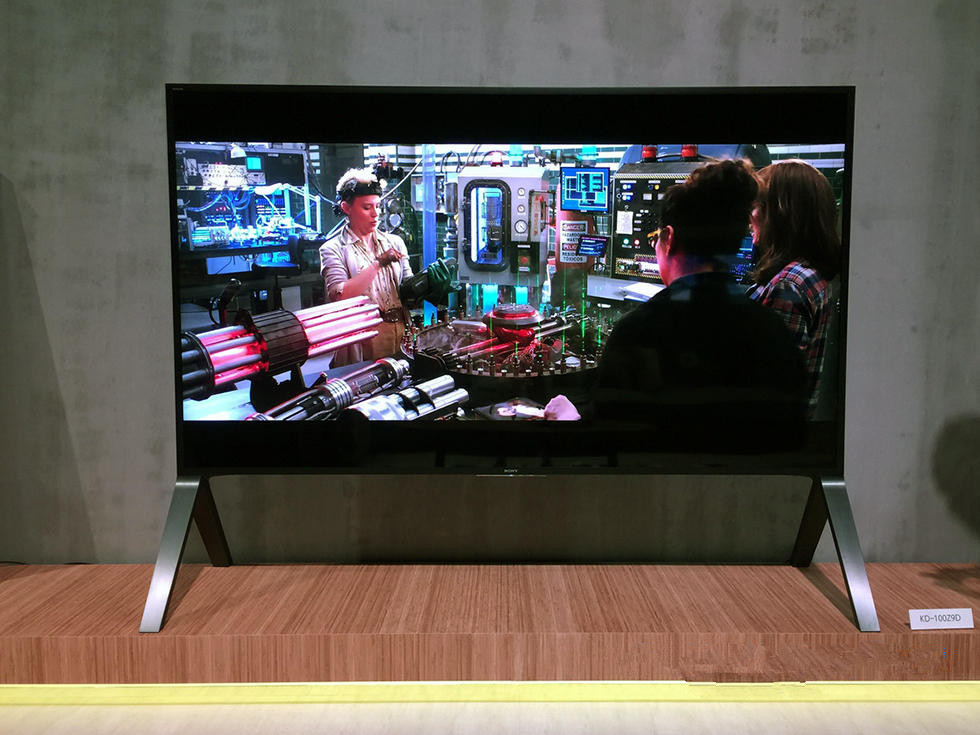 Through the conference site, we learned that this 100-inch Sony Z9D, like the 65-inch and 75-inch models, has a dynamic backlight system - Master Edition technology, and is equipped with the X1 Extreme image processing chip, and the actual results have reached the high end of the current market Level.

There are good hardware and display effects, of course, with a rich content resources, the combination of software and hardware can play the greatest value of a TV. In terms of content, it is recommended to install a sofa butler - the sofa butler is a third-party app store designed specifically for smart TVs, Android box users, carefully providing television, box users with high-quality television exclusive version of the application, including with live Or on-demand video and audio and video software, various types of recreational competitive video game software and daily office entertainment management system management tools. Sony TV Universal Tutorial Installation Method